The proposed project at 46 Leo Birmingham will consist of a new six-story multifamily residential building containing 47 rental apartment units providing much-needed housing for the Allston/Brighton Neighborhood within walking distance to the new transit center at Boston Landing. The height and massing of the proposed project are designed to tie into the new and existing site context along Leo Birmingham Parkway while also transitioning to the residential context along Lothrop Street.

Along Leo Birmingham Parkway the building matches height and datum lines introduced by the adjacent projects, stepping down at the intersection with Lothrop Street to create a datum line that matches the proposed building at 30 Leo Birmingham before turning the corner and stepping down yet again to the residential context along Lothrop street.

The proposed also ties into a larger transformation of the Leo Birmingham corridor including a comprehensive long-term transportation plan in development to make the parkway more pedestrian and bike-friendly in addition to numerous new residential developments along with various retail and commercial spaces completed or in construction. The proposed project has been designed in concert with these changes and intends to help facilitate the revitalization of the public realm along Leo M. Birmingham Parkway. 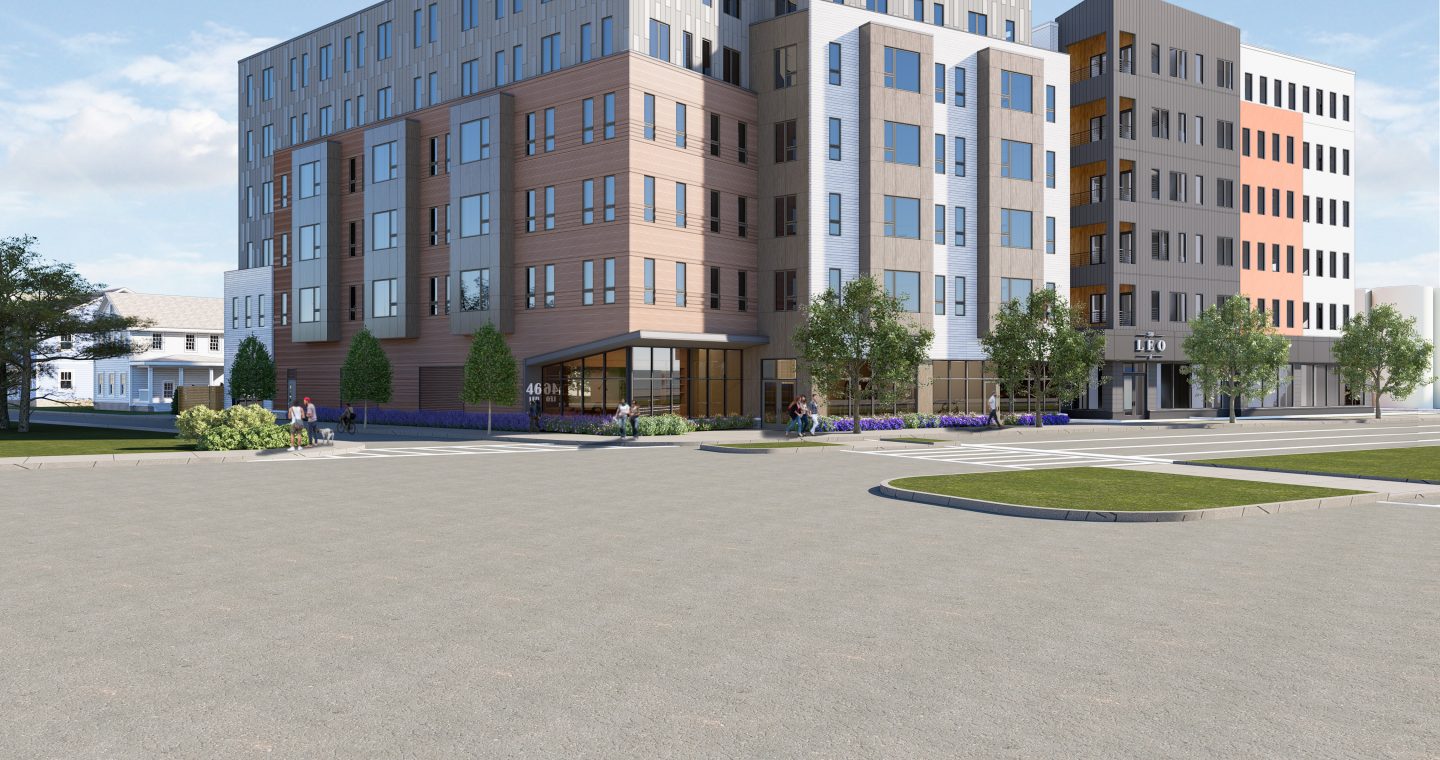 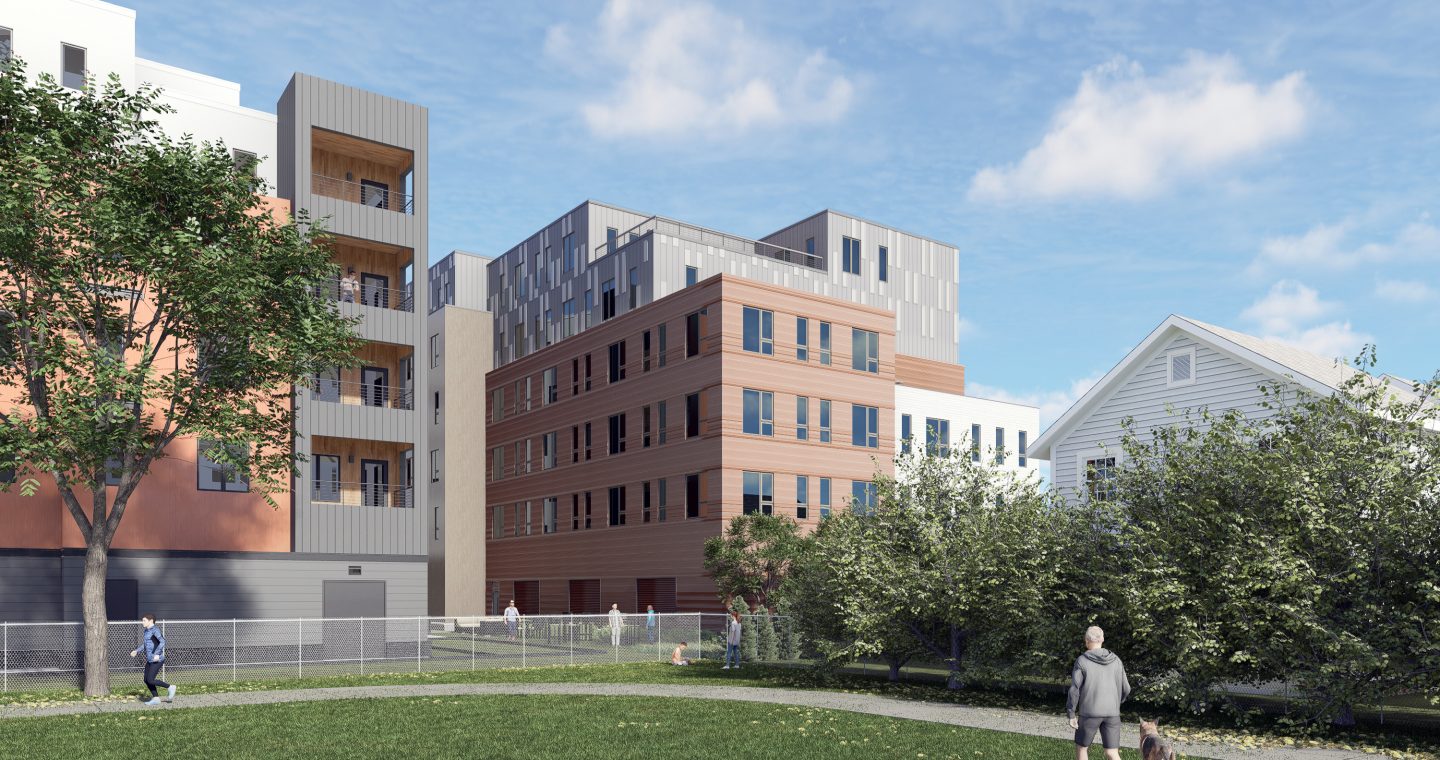